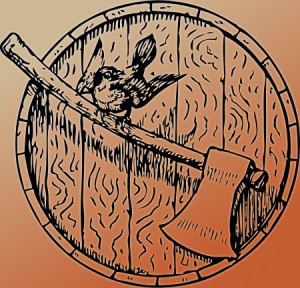 Gruuden’kar son of Gnuden’tik, slayer of Shivvek, was always full of stories, and constantly derailing conversations with a “one time, you know…” and a “that reminds me of,” to the point at which granson G’ning-ar son of Pubshan son of Gruuden’kar learned to just say “that’s right, grandpa,” and go on swinging his toy hammer when being toted about on Pubshan’s back.

They, Pubshan and Gruuden’kar, would take G’ning-ar scavenging in the old city Tatus, once home to a hundred-thousand Githyanki. Old buildings would be stacked with abandoned weapons, magic wands, staves and bows decorated in many manners. Not all of them were safe, either. Before touching any appealing item, it would get collected into a blanket and not directly touched until cleric Tru’de-gar could determine if it was cursed.

G’ning-ar, when he was a young thirty or so, decided to wander off while Pubshan grandpa were moving a pile of fallen bricks away from a big door. Duergar are hardy, but any chanse of slipping away and finding some silence always appealed to G’ning-ar. It became very quiet, very suddenly…and he couldn’t hear his clothes rustle, he breath, or his heart beat. He looked down and found himself in a glowing circle of runes.

The next place he saw was nothing but endless sky. In the far, far distance was a floating island that looked like a corpse covered in tiny buildings…just floating in the sky…getting smaller. Turning around, he saw an short, iron banded house floating about twenty steps away. He was twisting to the left, the house was slowly twisting to the right. He waved his legs and started twisting backwards.

This was trouble. Shouting wouldn’t help, he knew. Duergar common sense told him that he was probably doomed. But Gruuden’kar might have told a story about something like this. So he spun and thought. And got more and more hungry. Grandpa Gru once told a story about how he followed a Githyanki through a portal onto a field of air. It didn’t make any sense to G’ning-ar at all at the time. But Gru said he figured out that in the field of air, if you thought in unison with your feet, your intention would wisk you along. Gruuden’kar finally cought up to the Githyanki and stabbed him in the back, stole his purse and satchel of onyx stones that he then threw away becuase they would only be useful to a filthy wizard.

The iron-banded house was slowly rotating into view. G’ning-ar purposefully swung his leg and opposite hand in stride as if we were walking to the house. And he got moved closer. In a few strides he even felt like he was walking on a path. In a minute, he grabbed the handle to the door, swung it open, and stepped through.

And his back smaked as if he fell twenty feet onto a tallas slope. He slid down and crumpled up against a rock wall. Welts and scratches along along his back, arms and legs were stinging madly. And it was much darker than he remembered seeing in a long time. Grampa Gru tended to wander about the city in it’s dim light so frequently that the total dark of a cave was rather rare.

Letting his head spin, his ears ring, and his welts throb…slowly the shape of the tunnel, the rubble, and the pick marks of the mine he was in became clear. This tunnel was crap dwarven work! Their tools were dull, the idgit bastards! They didn’t clear a path on the floor so they could keep clearing. Sigh–he got up, shook himself a bit and found his balance, and decided that he brought this exile on himself. He would miss his dad and grandpa, but clearly, this place was entirely new…