The orcs that razed Sing’jar quickly took the mayors manor on the north plateau overlooking the north bay, smashing the porcelain and hording the silver. The art on the walls was thrown in a bonfire to celebrate the conquest of the civilized peoples of Sing’jar. To bring the rejoicing destruction to its pinnacle, Scabwart Blaktooth, the aged commander of the orc assault legion, herded the mayor, her husband, the half-elven retinue, and the gnome ambassador of Faroth on the mayoral barge, and murdered them while the ship was set alight with burning pitch. General Blaktooth swam back to shore with a refreshed grin on his face and ordered the wine cellar opened.

Orcs, half-orcs, and kobolds filled their cups with the mayors wine and set about the gardens, seeing what would take to fire, and stomping what would not burn. Cattle that bolted were caught and spits were erected to roast fine cattle and sheep. The best eating the Blaktooth orcs remembered for decades! Most grew up in the Galentaspar region, catching small rodents and working the granite piles constantly watched by Drow or their lieutenants. 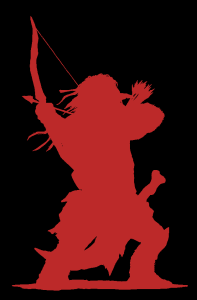 Scabwart sat back on a couch that had been hefted atop an overturned cart for a good vantage point of the looting. The mayor’s silver platter with a side of beef ribs was sitting near and a water bucket half filled with wine was sitting in his lap. The sun would rise in about two hours and the December air was as cold as he’d ever experienced it. He moved the bucket to the table and wrapped a tapestry—something with dumb fey hominids on it—around him, and resumed pouring the wine into his mouth.

“Wat? Oh, Gaeal! GAEAL! Hah!,” (spits), “I love this campaign! Such routing of elves! Such frightened civilians! What enjoyably week militia! Ate them we did! We will be eating these prisoners for weeks!” Scabwart smiled, then winced, as a raindrop hit him in the eye.

“General,” Gaeal continued as he made himself a seat next to the orc on the couch, “Its time to discuss some rear guard actions. Our last supply chain has made it through the woods and follows your host. I say, but you’ve left us with very little to eat in your wake. It’s a good thing we came with some rations. I never knew a whole city…a whole city! Hah! A whole city would barely fill your appetite!”

“An orc’s apetite is never sated when there are fey around, you know this you old goblin!” Scabwart poked at Brunfur’s arm, then smacked away the hobgobin’s hand that was reaching for a rib on the tray. “Mine, you old thief! Your help is appreciated, but I won this fight and you won’t pull the carcass out from under my claws while I’m chewing it! Do what you want with the rear guard. There’s plenty to go around, you lot of beggars. And why are you souring my meal with work talk? Why aren’t your beating some half elf or chewing on some damned dwarf’s leg? Don’t you enjoy how they squeal? Isn’t it delightful?”

“Yes…yes, general. But you must meet the new city managers I’ve brought along. We want to keep the shipyards running, you know. Here, here—meet Logician Uulopa Sadgrin our new city manager…and here is our new guard captain Wylan Darkglove, he’ll organize the our defenses…and here’s Yuseph Pitland, our new Dockmaster, too keep trade in the bay profitable.”

Scabwart’s grin faltered and his upper lip raised in a perplexed scowl as three cloaked and devious characters came into the firelight. There was the shadows of hobgoblin warriors behind each, hands on hilts, at attention. Replacing his wine bucket and resting his hands at his sides at this development, Scabwart knew he needed to move first, but move smoothly. There was a dagger in each of his palms already. These hobgoblins were too orderly…to sure of themselves to ever be trusted.

“Plans can wait for the morning,” the General said as he raised his half-fist towards the old hobgoblin, “we didn’t expect you for days. You’re early! What we need official-like peoples here for already, Brunfur?” And while enunciating his name, Scabwart flicked the dagger right at Gaels throat and threw his left handed dagger at skinny figure Uulopa Sadgrin. His hands were on his scimitar before the daggers would land!

The dagger thrown at Uulopa merely caught in his thick robes. Scabwart felt time slow down as he watched as the dagger flopped to the ground. General! General, we’re under attack! The screams of the captured were now the shrieks of orcs? Something caught Scabwart’s eye as he began the swing of his scimitar towards Brunfur—a orc was standing next to him waving his hands to stop him? Why preserve the life of crappy hobgob? The scimitar seemed to cut individual wisps of smoke as it lazily traced its path to the hobgoblin. Why is the rack of ribs smacking me in the face?

Brunfur pulled the dagger out of his shoulder armor, rose and plunged it into the back of the clearly confused and disoriented Scabwart. Scabwart cringed in meek terror at the surprisingly brutal attack. Uulopa stepped forth with a green glow about the blade of a darkened iron dagger and with the phrase for Tharzidun! Jabbed his dagger into the orc general’s eye and watched as his flesh bubbled as boils and gangrene spread across Scabwart’s shrieking face.

Dawn broke through the smoky darkness surrounding the mansion, and a new bonfire was erected: the wood of the outbuildings of the manner was piled and set alight and as the flames fought the falling raindrops, dozens of orc bodies were heaped on the pyre. Gaeal Brunfur set up command of his hobgoblin army in the captured mayor’s mansion, and took command from the invading orcs.

Behind the platoons of orcs that slaughtered the defenders of Sing’jar, larger ranks of goblins commanded by hobgoblins pulled the supply chain behind. No one likes orcs. Especially not when there’s money to be made. Sing’jar is where money and power will be made, and General Gaeal Brunfur was just beginning to see his plan set in motion.

The Faroth adventure players will be given pre-filled character stats and the equivalent of a level two city townsfolk. As such, they can pay their way with jobs/labor in order to acclimate to their new town.

Now I know some of you will know how to roll a character, and you can do that on your own time for a future module. I, as a GM, don’t have time to slog through it for all participants.  My task is to keep the story rolling, especially for people who are noot familiar with the game.

Not all of us players will complete the campaign: scheduling is tough. A month of play sessions just around character creation is not much fun for all. As the group coheres, players develop familiarity with the game, character creation can become more important.  But let’s at least get get one game in first and see how we do, OK? 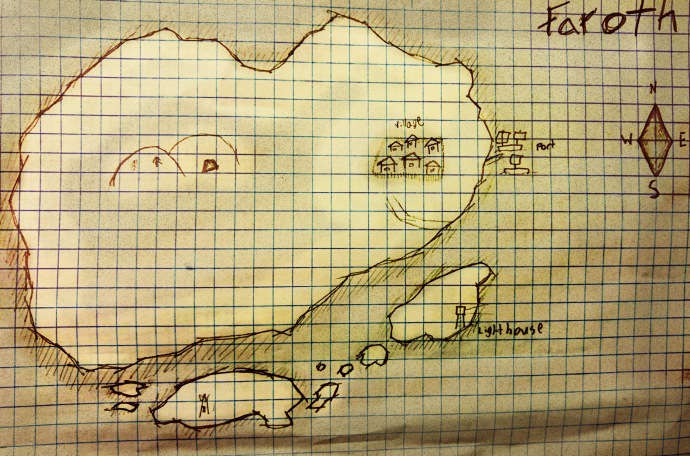 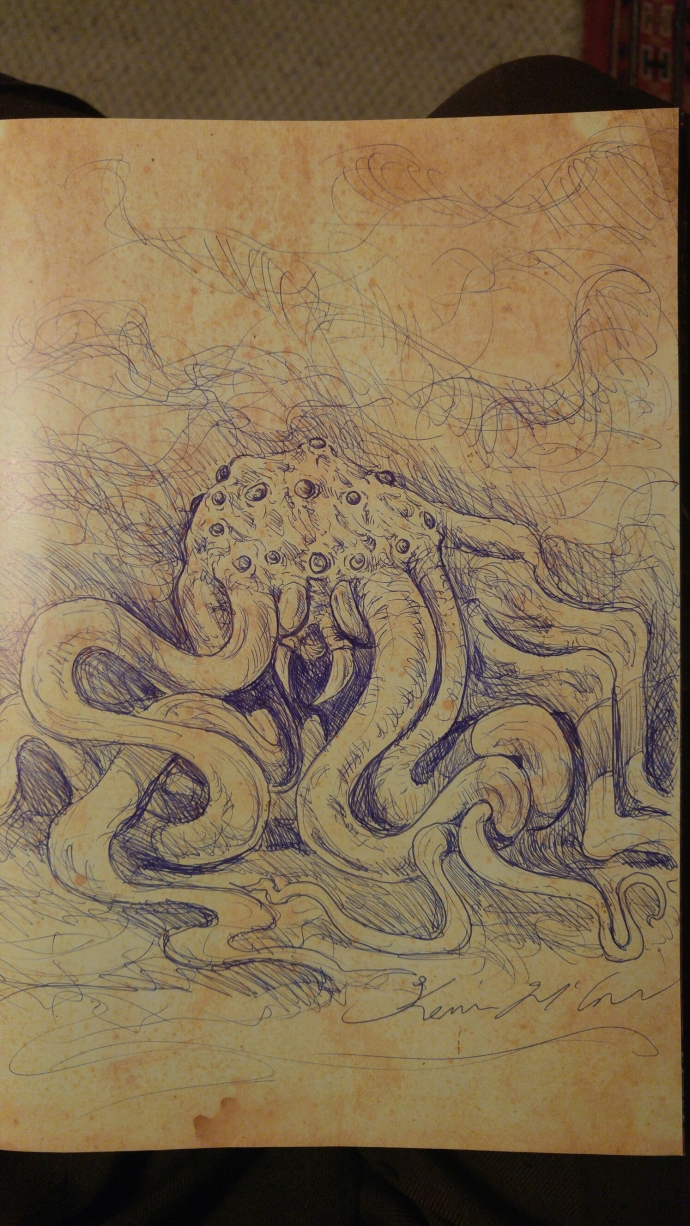 http://escapepod.org episode 304 is a very apropos of the current politics. We have a population eager for justice and fair living, but largely supplicants to oligarchy. The superheros are analogues of our morals: unpaid, exploited by their own marketing division, unaware of their own enslavement. It might be comic fiction, but its not a pulp story.

Episode 291 of Escape Pod is Mur reading Shannon’s Law, by Cory Doctorow, a chapter from the Bordertown anthology. I love the idea of actually building a TCP/IP network using carrier pidgeon, ogre’s laundry lines and the dust on the wings of a butterfly.

Larping and Beer, but also an ode to Monty Python’s The Holy Grail.

This NPR episode delves into discussion on the difference between play fighting and actual fighting. Apparently this difference is wired into people and dogs and presumably many other animals. So when you see your kids play fighting, think about when dogs play fight. Surprise–this same instinct is engaged during video game play. The non-gamer video-game critic also is in the role of the parent watching their kids sword fight with sticks: instinctually removed — they forget that someone in a play-fighting mindset might instinctively know the difference of their own actions. (The metaphor is approximate and is not parenting advice, of course.)

A Wizard of Earthsea

Only in silence the word, only in dark the light, only in dying life: bright the hawks flight on the empty sky.

How many science fiction and fantasy stories echo this intrinsic theme of mortality, simplicity and humility before the universe? How many religions provided it beforehand–I cannot count. Babylon 5 is a notable example of contemporary science fiction that also expresses many of these basic themes. I’m glad to be reading this story to Liam–I look forward to reading The Tombs of Atuan next. Ultimately, I look forward to Liam and Jesse recognizing these themes in other stories they read and watch in the future.